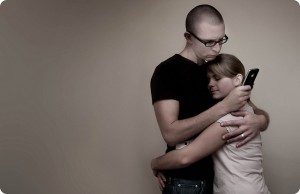 North American society is indisputably fractured in some ways. Gun violence, divorce rates and mental illness are at an all time high. The ability to co-exist and resolve conflicts, which are basic human relationship skills, are not present like they should be within a healthy society. There are many possible reasons for this dysfunctional behavior, not the least of which is technology and what effect it has had on society as a whole. Albert Einstein said, “I fear the day technology will surpass our human interaction. The world will have a generation of idiots.” Some believe this condition is already upon us.

Could it be that the introduction of communication technology has contributed to the fracturing of North American social consciousness? Is it possible that mediating our communication through devices has made communication impersonal, and thus made us more anti-social and narcissistic? The weight of mental illness and violence is certainly not entirely on communication technology, but social scientists and psychologist alike have claimed that it contributes to individualism in a large way, in a time when social thinking is very important. The best thing we can do as a society to reverse this trend is to think critically about our relationship with technology, put limits on it and remember how to prioritize our in-person relationships for the sake of humanity.