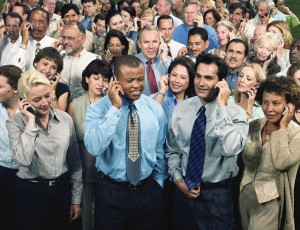 We are in an age when technology reigns supreme. We rely on technology to function more and more every day, as technology increases in intelligence and as we grow more and more accustomed to having it available to us. This relationship we are developing with technology has benefits, but has also been found to have many detriments. There is a great deal of question over what our relationship to technology is doing to us psychologically. Humanity is evolving from a species that interacted to do manual work to a species that retreats to isolation and relies on technology to do work for it. One of mankind’s ways of life that has suffered most drastically because of this is our everyday human contact.

The insurgence of technology that has been the recent condition of humanity has initiated a strange phenomenon. Technology has begun to replace the in-person presence of humans, both in the workplace and in our social spheres. This is concerning for a number of reasons, primarily that technology is replacing humans in the work place despite a growing need for continued job creation, and because antisocial conditions are a serious mental health threat. Economists and job market experts have observed that, despite a growing global population, job creation is occurring much slower than population growth due to how many jobs are being taken from humans and given to technology. Social scientists have observed a connection between the increase in technology and the increase in antisocial disorders, such as narcissism, sociopathic tendencies and chronic shyness.

Our over-reliance on technology is becoming commonplace, but it warrants caution and should be personally moderated by every individual. It is leading us to interact with technology more than interact with other people, which ultimately damages our sense of what human relationships are. Technology is not evil. It is necessary, progressive and life-saving. But like everything else in life, if it is used in excess, it becomes harmful.